The protesters have new demands

The resignation of the government and the drop in gas prices have not yet cooled the ardor of the protesters in Kazakhstan. In the afternoon, protesters began to gather near the administration buildings in different cities of the country. 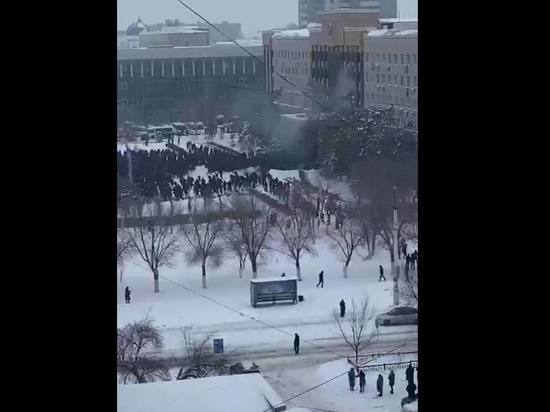 At about 2 p.m. (Kazakhstan time), people began to flock to Republic Square in Ust-Kamenogorsk – mostly men dressed in dark clothes. The central streets are blocked by reinforced police outfits that line up along the New Year's decorations.

In Uralsk, the protesters put forward new conditions to the authorities: to put up yurts, dry closets, and provide the protesters with hot food. Apparently, they do not intend to leave the streets.

The most tense situation is in Alma-Ata, where protesters staged pogroms at night: they burned cars, smashed shop windows. Law enforcement officers were injured. According to the Ministry of Health of the country, as of January 5, 190 people have applied to medical institutions in Almaty. 40 people were hospitalized with various injuries. Seven are in the intensive care unit, four of them are policemen.

On the morning of December 5, the entire city center was blocked by special equipment and dense columns of security officials in full gear: with shields, helmets, and bulletproof vests. Mobile Internet stopped working in the city. Meanwhile, Kazakh journalists broadcast a video of trucks carrying young men armed with sticks and stones driving around the city. But they still cannot break into the center. Correspondents report that explosions of flash-noise grenades are heard in the city.

The most stable situation is in Nur-Sultan. After the night riots, the city is still calm. There is public transport and cars. Only two shopping centers, around which people rallied yesterday, are closed.