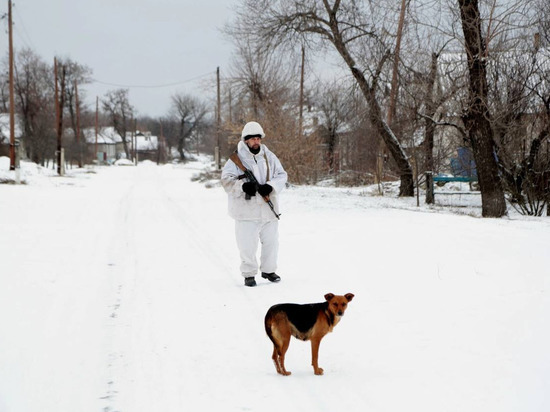 On Thursday, Jan. an invasion is almost imminent, and that he needs to “prepare to strike”. According to Biden, Kiev could be “plundered” by Russian troops.

On the same day, before the two presidents spoke, the US Pentagon issued a chilling warning that an invasion of Ukraine “may be inevitable” amid a sharp increase in military forces on the Russian-Ukrainian border.

“Over the past 24 hours, we have recorded an increase in the military contingent that the Russians are deploying in the western part of their country and in Belarus,” Pentagon spokesman John Kirby said at a press conference.

Kirby also said that American military units from Fort Bragg, Fort Carson and Fort Campbell have been put on high alert for deployment to Eastern Europe as tensions escalate in the region.

The White House press office issued a discreet message after the Biden-Zelensky phone call, noting that the United States provided more than $500 million in aid to Ukraine last year, and now Washington is “exploring the possibility of additional macroeconomic support to help the Ukrainian economy under pressure.” from Russia.

The US State Department said it expected the Kremlin to attack Ukraine as early as mid-February. At the same time, Kirby declined to give a specific time frame for the invasion, but added that there was no “final decision” by Vladimir Putin to send his military to Ukraine. “We believe there is still time and room for diplomacy,” Kirby said.

“President Biden reaffirmed the readiness of the United States, along with its allies and partners, to respond decisively if Russia continues to invade Ukraine. He also emphasized the US commitment to the sovereignty and territorial integrity of Ukraine,” the message reads.

Ukrainian President Volodymyr Zelensky published a post on his Twitter page in which he announced a long telephone conversation with the US leader.

According to Zelensky, he and Biden: