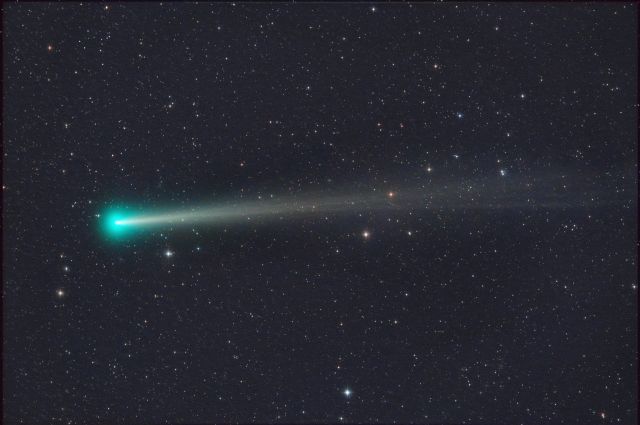 Comet C/2021 A1 (Leonard) on Monday, January 3, will reduce the distance with the Sun to a minimum of 92 million kilometers, after which it will leave the solar system, reports TASS.

About The press service of the Moscow Planetarium told the agency's correspondents.

Recall that in mid-December, a celestial body flew 35 million kilometers from Earth, after which it approached Venus.

As noted in the planetarium , the comet has already experienced several flares and acquired a beautiful tail. Now it is visible in the evening sky in the south of Russia, Ukraine and Moldova, as well as in the Caucasus and Central Asia.

According to astronomers, you need to look for Leonard's comet about 50 minutes after sunset over the southwestern part horizon. In this case, those wishing to follow its movement will need binoculars or a telescope.

Earlier it was also reported that the astrophysicists of Moscow State University discovered a new comet in the Southern Hemisphere. The celestial body was named C/2021 K2 (MASTER).