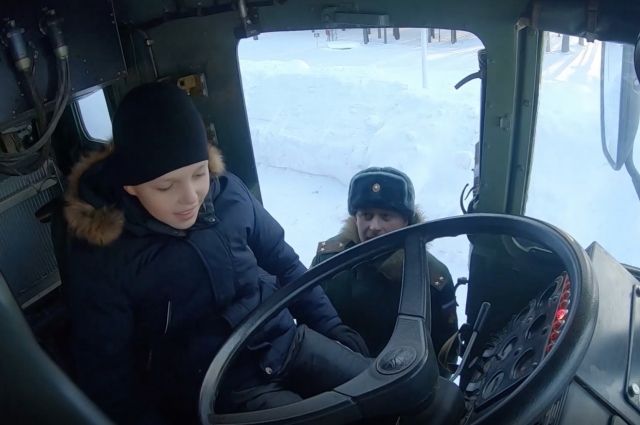 The command of the Strategic Missile Forces took part in the All-Russian charity event “ Tree of Desires '' and fulfilled the New Year's dream of Yaroslav Tyulyaev from Lezhnevskaya & nbsp; boarding school for orphans in Ivanovo region.

The cherished envelope with the boy's dream from the New Year tree was taken off by the chief of staff – first deputy commander of the Strategic Missile Forces, Lieutenant General Igor Fazletdinov. p>

In his letter, Yaroslav wrote that he would like to ride on the 'big rocket' Yars ', which took part in the Victory Parade.' The fulfillment of a dream became a real gift not only for the author of the letter, but also for his friends and classmates.

After the test drive of the launcher, during which Yaroslav took the place of the driver, the children were also introduced to modern models weapons, including with a combat vehicle “ Typhoon-M '' and an unmanned aerial vehicle to guard missile systems.

The tour of the missile regiment ended with lunch and a birthday cake in the soldiers' canteen. The guests were also presented with sweet gifts from Santa Claus.