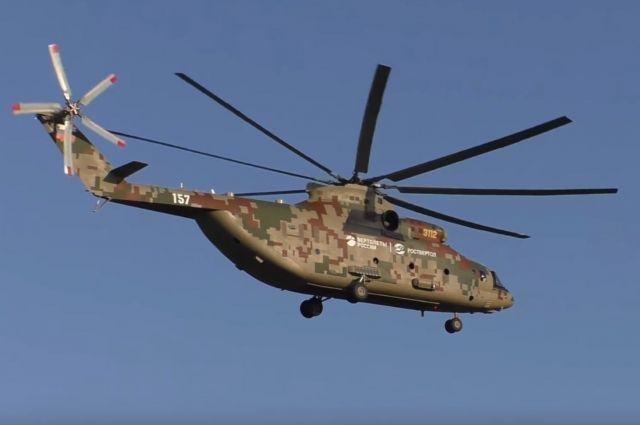 The world's heaviest military transport helicopter, the Mi-26T2V, will go into serial production from next year. This was reported in an & nbsp; interview with TASS & nbsp; by the general director of the Russian Helicopters holding Andrey Boginsky.

According to him, the production permit must be obtained by the end of this year. There are not many flights left to complete the flight tests of the Mi-26T2V.

“We expect that by the end of the year we will make these flights and receive the letter` `O1 '' '', & ndash; said Boginsky.

Recall that the first flight of the Mi-26T2V helicopter & nbsp; made & nbsp; in 2018 at the Rostvertol enterprise; in Rostov-on-Don. The aircraft is equipped with modern avionics, which makes it possible to pilot the aircraft day and night, fly along the route and approach in automatic mode. Thanks to the new airborne defense complex, the Mi-26T2V is protected from being hit by air defense weapons.

State tests of the helicopter began at the end of 2019.